New research published this week shows that London has overtaken New York as the capital of fintech deals.

The report, published by industry body Innovate Finance along with London & Partners, reveals record investment in the UK fintech sector. It also finds that London attracts the largest number of international fintech investors.

The statistics put London in the top spot for number of deals secured; in the first eight months of the year, London attracted 114 investments with a value of more than $2bn (£1.6bn). London-based companies accounted for half of the 10 largest European investments recorded so far in 2019.

London’s place in the rankings is helped by the number of tech ‘unicorns’ – companies with a valuation of more than $1bn – based here.

And, as CityAM reports, UK fintechs continue to attract rising investment in spite of the prospect of Brexit. This may in part be due to London’s ability to attract non-European investors; 39% of the UK’s fintech investors come from outside Europe.

Investments continue to rise in value as well as number; firms raised an average of £20m in 2019, up from £15m in 2017, according to a separate survey carried out by EY and Innovate Finance, and released last week. In their next funding round, the firms expect to raise a total of £2.6bn.

Although the UK’s fintech position sounds strong, the CityAM article reports that ‘Fintech founders urged the government to “not be complacent” about the UK’s fintech dominance last month’.

With the UK’s planned departure from the EU edging closer, and talk of a global slowdown, it would be wise to stay pragmatic about London’s dominance of fintech investment. We’ve looked before at whether London will miss out on fintech innovation after Brexit.

Other challenges facing the industry are summarised in the EY/Innovate Finance survey:

How can UK financial services capitalise on the fintech boom?

With London and the UK as a whole at the centre of the fintech revolution, many existing financial services firms are exploring how to get in on the action.

After all, you don’t have to be a start-up to be an innovator. Many established financial services firms are expanding their offerings and joining the ranks of the fintechs. Read more about digital transformation in the finance sector.

If you’re a regulated business, you need to stay on top of regulatory requirements. Marrying innovation with compliance is vital. And any new solutions need to be approached with caution, as we examine in Could fintech be the cause of the next financial crisis?

You might also want to read more about the ways the role of the regulated Marketing Manager is changing – in part due to innovation. You can download a free copy of our whitepaper on the changing role of the financial services marketing manager from our resource library. 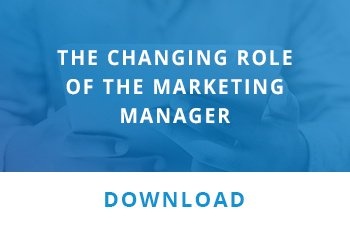 Proofing materials for accuracy or brand compliance may not be the most exciting part of a Marketer’s job, but it’s essential if you want to preserve your brand, ensure content is correct and – if you work in a regulated sector – avoid regulatory compliance breaches.

Has Covid-19 rewritten the rules on disruption and agility?

How are markets – and Marketers – having to adapt in light of Covid-19?

How to effectively align your sales and marketing teams

It’s probably stating the obvious to say that a well-aligned sales and marketing strategy will drive business success.