We look at what he said and what the regulator’s stance means for FCA-governed firms.

Griffith Jones confirmed that the regulator is set on its ‘Future Mission’ – an initiative it announced last year which sets out its priorities and asks for feedback on its proposed direction.

You can read more about what the Future Mission proposes in our blog on ‘Will the FCA’s Future Mission change the way you’re regulated’ and read about the feedback the Authority has received to date here.

He touched on the fact that – over the past forty years and particularly since the financial crisis – UK regulation has been ‘closely harnessed to EU and to global initiatives’.

And acknowledged that ‘whilst the next two years will necessarily be focused on achieving Brexit in accordance with the Government's negotiated outcome, there will come a time when we will need to step back to reflect on what we have and to step forward with what we need’.

This led into his comments on the Future Mission. Although Griffith Jones was keen not to pre-empt what the Mission will eventually look like, he did want to ‘set it in context with the other building blocks that will create an optimal outcome for conduct regulation’.

These five building blocks are:

2.  A clear set of objectives for the regulator, and a clear perimeter of coverage

3.  A well developed and shared understanding of risk tolerance

5.  A basis of measurement of inputs, outputs and outcomes, with transparency of results

We have talked about most of these before, looking at the regulator’s objectives in its 2016-7 business plan, examining how you can achieve its desired consumer outcomes and exploring how many of the Authority’s current initiatives put the emphasis on transparency. Here we look in a little more detail at what Griffith Jones covered under each of these headings.

Generally, Griffith Jones said, regulation is needed where ‘left to its own devices, the free market produces an outcome that is not in line with the elected government's policy, and where intervention will produce a better result’.

He pointed out that ‘experience tells us that regulation acts most effectively as a support for government policy not a substitute’ and that ‘regulation cannot be independent of government, although regulators most certainly should be in discharging their duties’.

Increased – and increasingly detailed – regulation leads to a growing challenge for the regulator in keeping it all current.

While these are clear, they are, in Griffith Jones’ words, ‘somewhat high level, and it is difficult to divine the FCA’s likely response to individual issues based on these alone’.

The Future Mission, he said, is designed to close some of the gaps between high-level objectives and detailed strategies.

The breadth of the regulator’s scope – its perimeter – was the next topic under discussion. This perimeter can be somewhat undefined, with some things you might imagine are covered by the Authority (the process for setting LIBOR, for example) out of scope.

Technology muddies this perimeter further. Many of the regulator’s rules, the speech pointed out, were set up in an era of paperwork, and don’t translate to an online world. And the advent of platforms and robo-advice has made the distinction between advice and guidance, ‘much greyer’.

While there’s no magic answer to this, a good regulator, Griffith Jones pointed out, needs to ‘keep up and cope with change’.

He mentioned the Authority’s desire to ‘embrace technical developments through its Project Innovate and Sandbox initiatives’.

The next topic covered was the gap between potential issues and the regulator’s response to them.

While issues can sometimes be foreseen, the speed of response to these early signals can be crucial in containing the potential damage that might result.

This, said Griffith Jones, is something entirely within the regulator’s control, unlike the first two building blocks. An understanding that rules will occasionally be broken is a good start point for conduct regulation.

Creating a tolerance for risk that is acceptable both to the firms being regulated and their customers and stakeholders is never going to be easy. It requires both proactive/preventative and reactive measures in order to be effective.

Experience, said Griffith Jones, citing PPI as an example, has shown that prevention is far better than redress.

Griffith Jones went on to talk about the behavioural factors underpinning good conduct. We have looked at this previously, writing about the FCA’s work on psychological research and how it can influence compliance. Real people, he pointed out, do not necessarily behave in line with econometric models.

When regulators get the rules, penalties and consequences of regulatory breaches right, they will align firms self-interest with the desired regulatory outcome. This is the ideal state, and one Griffith Jones believes the Authority is working successfully towards. He cites the Senior Managers’ regime as an example of an approach that ‘has resulted in senior management concentrating on their firm's conduct in a much more focused manner, without the need for greatly enhanced supervision’.

The last building block looked at measurement and transparency.

Griffith Jones was cautiously optimistic about the regulator’s success during its four-year existence, while recognising the difficulty of measuring conduct qualitatively.

In conclusion, he said that the creation of the FCA has given conduct regulation an unprecedented high profile, and the building blocks he discussed are still partially-formed.  Closing, he said that the Authority is ‘ambitious for our future, if a little patient with our rate of progress’.

So what does all this tell us about the regulator’s future focus? First, that it’s anticipating business as usual, with its plans set out regardless of the changes Brexit will bring.

Second, that the emphasis on proactive good conduct by firms continues.

And last, that the regulator is not content to rest on its laurels – it seems alive to the ongoing changes that need to take place to keep regulation relevant in a rapidly-changing financial services world. The challenges of fintech and new innovations will continue to exercise the FCA’s mind, as well as those of banks and other financial services firms.

With change a constant in the regulatory environment, you might find our whitepaper on ‘The changing role of the compliance officer’ useful further reading. It’s free and you can download a copy here. 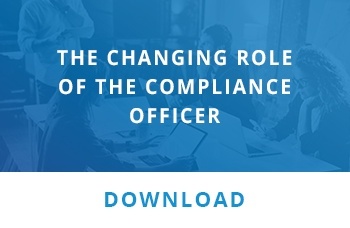 How to minimise compliance risk in a remote workforce

Over recent weeks and months, Compliance teams, like many other office-based roles, have adapted to a new world of work. The ‘stay at home’ guidance has seen Compliance professionals and their colleagues having to adapt overnight to remote operations.

Firms must do more to ensure advice is appropriate

That’s the conclusion of a recent FCA review on practices surrounding equity release.

Is now a watershed moment for regtech?

A new paper published by the Financial Conduct Authority’s ‘Insight’ arm suggests it might be.