What is the FCA doing to tackle the 'loyalty penalty'?

Last week, the Financial Conduct Authority published an update on its work to address issues raised in the Citizens Advice ‘super-complaint’. What has the financial regulator done to tackle the failings outlined in the complaint?

What was the Citizens Advice super-complaint about?

The super-complaint was issued in September 2018. It followed research from the charity showing that customers who stay loyal to their providers are losing out on over £4 billion a year.

The complaint was based on research carried out by Citizens Advice across the mobile, broadband, home insurance, mortgages and savings markets. It found that the so-called ‘loyalty penalty’ is disproportionately paid by vulnerable consumers, such as older people and those with mental health issues.

You can read more background in the blog we published when the super-complaint was made. In June last year, the FCA issued an update on its work to address the issues raised, which you can read more about here.

In December last year, the Competition and Markets Authority (CMA) published its response to the super-complaint, making several cross-cutting and market-specific recommendations in the cash savings, home insurance and mortgage markets. The FCA’s statement last week details its work to respond to these recommendations.

What is the FCA doing to address the issues raised?

Updating on its work, the regulator says that ‘Ensuring that markets work well and provide fair outcomes for longstanding and vulnerable consumers continues to be a priority’ – an objective that addresses quality of services and products as well as price.

The progress made to address the issues flagged includes projects focusing on:

On 9 January, the FCA published a Consultation Paper on new rules to require firms to pay their customers single rates for easy access cash savings and Individual Savings Account (ISA) products no later than 12 months after the account is opened.

This proposal for a so-called ‘Single Easy Access Rate (SEAR)’ is designed to address the concerns identified in the regulator’s cash savings market study by simplifying the market for consumers and increasing competition between firms.

New rules that reduce the number of interest rates offered on easy access savings accounts are also in the pipeline.

Introductory rates for new customers will still be allowed, but ‘a simpler, clearer market where savings accounts are easier to compare’ should help consumers to understand the longer-term benefits and implications of the account they’re choosing.

The FCA consultation is open until 9 April 2020, with responses and next steps due to be published later in the year.

The FCA published its interim market study report on general insurance in October 2019, looking at pricing practices for home and motor insurance.

The market study found that many loyal customers are not getting a good deal, due to something often referred to as a ‘loyalty penalty’.

The regulator says it is ‘working to address the problems uncovered including getting firms to improve oversight of pricing practices and make improvements in product oversight and governance’.

It is also considering a range of industry-wide measures designed to reform the home and motor insurance markets so they work well for consumers in the future. This will include looking at issues like high premiums, practices that could discourage switching, and clarity/transparency in consumer communications.

Work to encourage insurance firms to make best use of innovation is also planned.

In March 2019, the FCA published its Mortgage Market Study Final Report. It also recently announced changes to its responsible lending rules and guidance.

It has also recently completed detailed research aimed at understanding the characteristics of consumers who do not switch, and in October put its words into action, targeting the Co-op for a lack of clarity in its mortgage terms

The regulator’s moves are designed to ‘remove barriers to consumers switching to a more affordable mortgage and reduce the time and costs of switching for all relevant consumers’.

In the immediate future, the regulator also expects to finalise changes to its sales standards rules and guidance; changes intended to help firms create tools that make switching easier.

Work that cuts across the FCA’s areas of responsibility

Alongside the specific measures above for particular markets, the financial regulator has identified some ‘potentially harmful business practices’ highlighted in the CMA’s work, and is tackling these through its ongoing supervision of firms.

The regulator also cites its work since the introduction of the Insurance Distribution Directive. This work is aimed at improving the way firms design and sell products and at ensuring they have the right culture to prioritise good outcomes for consumers.

Alongside its work on fair pricing in financial services and on the fair treatment of vulnerable customers, the regulator is revisiting its future approach to these ‘cross-cutting’ issues to inform the way it regulates and supervises firms to improve outcomes for consumers.

Treat customers fairly to comply with the FCA

Summarising its approach to the super-complaint and the CMA’s resulting recommendations, the FCA says that:

‘We expect firms to look after the interests of all customers and to treat them fairly. Where we have concerns about conduct by firms, we will explore all options to address this using our full range of powers.’ 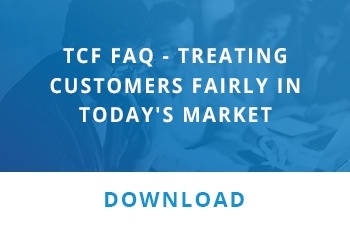